Professor Bai Genxing Gave a Lecture at the School of History and CulturePublish Date：2020-11-02 14:46

Taking the introduction of epigraphy and the development history of Korean Peninsula as the breakthrough point, Bai Genxing emphasized the importance of stone inscriptions as a branch of epigraphy for historical research. Then, taking the seventh century A.D. as the dividing point, he enumerated a large number of stone inscriptions for comparison, and explained the profound influence of Tang Dynasty culture on the Korean Peninsula. Bai specified the types of stone inscriptions in the list. By explaining the use of the Tang Dynasty's year number in the Jigong（to remark the contribution） stele, the Tang Dynasty's address system in the inscriptions on tombstones and the imperial examination background of the monks' inscriptions, Professor Bai stressed that the cultural exchanges between ancient Korea and China were still very close under different political situations.

After that, he introduced the classic works of stone inscription on the Korean Peninsula, such as "the Golden Stone Book" and "Haidong Golden Stone Collection". He pointed out that the research on the inscriptions on the Korean Peninsula is mostly for collecting and cataloging, but there is still a huge space for the research on the value of its historical materials. At last, he concluded that the inscription on stone inscription in Korea not only provided precious historical material for the study of Korean history, but also highlighted the relationship between Xinluo and Tang fan in China's world order. He stressed that the Korean stone inscriptions not only verified and supplemented the historical books, but also corrected the recording errors in the existing documents and materials in the study of Sino Korean relations, and made outstanding contributions to clarifying the relationship between Xinluo monks in the Tang Dynasty. 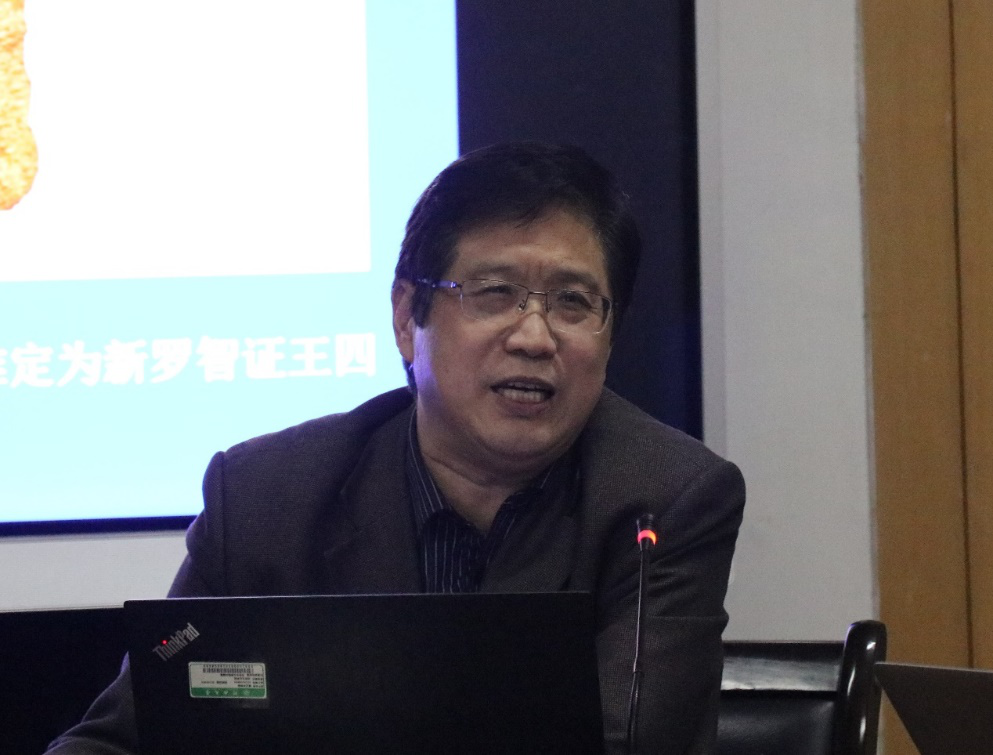